KAEC is releasing 130 new plots in a master-planned gated community suitable for the construction of single-family homes. With prices starting at SAR 409,000 over five years with 5 percent down payment only. 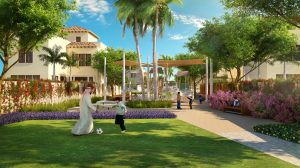 “We are delighted to bring our residential products to Makkah in response to the keen interest shown by its citizens. The Haramain railway station which just started its operations, will place KAEC near to the two Holy Cities of Makkah and Madinah, and only half an hour from King Abdulaziz International Airport, adds to the appeal of the city for people who seek a unique residential location,” said Fahd Al-Rasheed, Managing Director and Group CEO of KAEC.

“The continuous demand for our various residential projects and the real opportunity that “Al Hejaz Miram” Community represents for those who want to live close to the two Holy Mosques encouraged us to release the new land plots after sales record in the first batch despite the economic slowdown.”

The station is also the centerpiece of an extensive retail and commercial development that will include a modern souk, new retail malls and cultural centers as well as office space, hotels, entertainment and sport arenas. 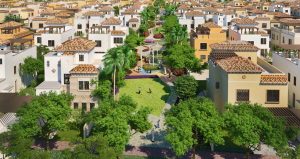 “Al Hejaz Miram once completed, will feature a state-of-the-art infrastructure including fiber-optics data connection, smart city services, energy efficient construction and extensive landscaping as well as health and sports facilities, separated swimming pools for men and women. In addition to the unparalleled connections with the other major cities in the Kingdom.” said Charles Biele, CEO of the Real Estate Development Company (REDCO) at KAEC.

Plots at Al Hejaz Miram will be exhibited at a sales launch at Makkah Hilton Convention Centre in the Holy city of Makkah from March 15-17, 2018. For more information please call the free landline 8001180010 or visit miram.kaec.net

King Abdullah Economic City (KAEC) is the largest privately-funded new city in the world. Situated on the west coast of the Kingdom of Saudi Arabia, KAEC covers an area of 181 square kilometers of land, approximately the size of Washington DC. KAEC comprises King Abdullah Port, the Coastal Communities residential districts, the Haramain Railway district and the Industrial Valley. The city is under development by Emaar, The Economic City, a publicly listed Saudi joint-stock company established in 2006.